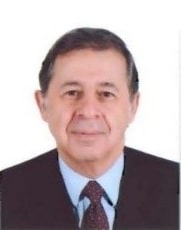 Chairman, Board of Valentino Company

Currently, he is the Chairman of the Board of Valentino Company in Italy, and of R2R Capital Investment Company. In 2004, HE Mr. Rachid was appointed Egypt’s Minister of Foreign Trade and Industry, until 2011. Just two years later his portfolio was expanded to include domestic trade and the ministry was renamed the Ministry of Trade and Industry. In 2010, it was expanded again to include the Ministry of Investments. Prior to taking up his ministerial appointment, he was well-known as an entrepreneur and business owner. He established Fine Foods, becoming Egypt’s leading food brand, before forming a joint venture with Unilever in 1991. He was later President of Unilever’s Middle East, North Africa and Turkey businesses based in London. He has attended several management programs, including the Advanced Management Program at Harvard Business School in 1996. HE is holder of “Cavaliere di Gran Croce, Ordine al Merito della Repubblica Italiana” presented to him by the president of the Italian Republic.