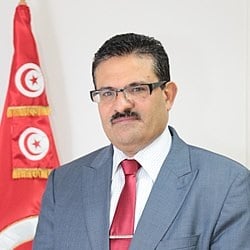 Dr. Rafik Abdessalem served as Tunisian Minister of Foreign Affairs from 2011 to 2013, representing the first democratically elected government of Tunisia. He is currently a member of the Executive Committee of the Nahdha Party, in charge of External relations, and of the Political Committee. He was in charge of the media for Nadha from 2001 to 2007, also serving through that period in its Consultative Council, the party’s highest decision-making body.