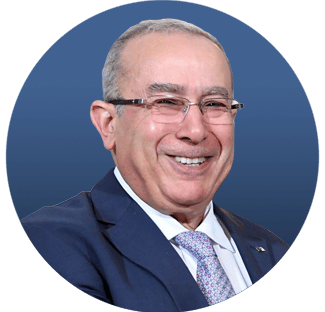 Mr. Lamamra is currently the Minister of Foreign Affairs of Algeria, a position he covered also in March 2019 and between 2013 and 2017, when played a prominent role in regional mediation efforts, including leading them in Mali. Previously, Mr. Lamamra was elected and served as the African Union’s Commissioner for Peace and Security from 2008 -2013. As Commissioner he oversaw and led a period of increasing engagement by the African Union in mediation efforts, and helped forge a deepening partnership with the United Nations. Mr. Lamamra has also served as his country’s Permanent Representative to the United Nations and Ambassador to the United States.