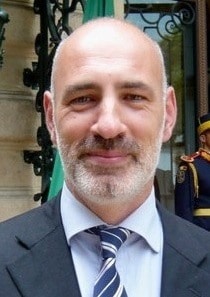 Riccardo Chartroux, reporter and presenter of the Rai Tg3, has been dealing for many years with international events, from the death of Lady Diana in 1997 to the Battle of Mosul in recent months. He has followed with particular attention the themes of globalization, social movements and struggles against war, for economic and environmental justice. World and regional social forums, WTO and FAO summits. The struggles of the Ecuador Indians against the oil plants including those ofEni, the fires of the Amazon and the drought in the Horn of Africa, and especially many wars that interweave with the businesses and paths of fossil sources of energy.