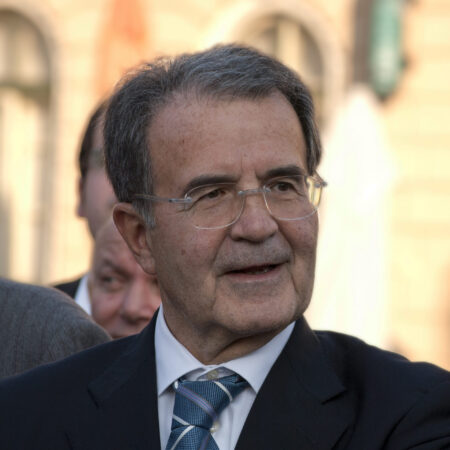 Romano Prodi is an Italian politician who was twice prime minister of Italy (1996–98; 2006–08) and who served as president of the European Commission (1999–2004). After serving as a professor of economics at the University of Bologna, he entered government as minister of industry in 1978. In 1996, after two productive stints as chairman of the Institute for Industrial Reconstruction (1982–89 and 1993–94), he ran for prime minister. Prodi, taking advantage of Italian electoral reform, built a centre-left base of support named the Olive Tree coalition. Prodi was appointed prime minister on May 17, 1996. During his academic and institutional career, Romano Prodi received numerous awards, including 39 Honoris Causa.