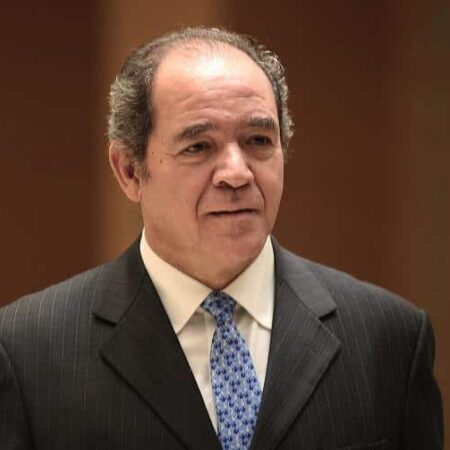 Minister of Foreign Affairs, Algeria (Until 2021)

Before being appointed as Minister of Foreign Affairs, Mr. Boukadoum has been Permanent Representative of Algeria to the UnitedNations, from Dec. 2013 to April 2019. He held the position of Director General for the Americas in the Ministry of Foreign Affairs since November 2009. He was Algeria’s Ambassador to Portugal from October 2005 to August 2009, prior to which he served as Chief of Protocol in the Foreign Ministry since November 2001. Between November 1996 and September 2001, he was Ambassador to Côte d’Ivoire. Mr. Boukadoum was the Director of Political Affairs from 1993 to October 1995, having previously served as Assistant Director for Political Affairs, United Nations and Disarmament from 1992 to 1993. He was a Counsellor at the United Nations in New York between 1988 and 1992, and First Secretary in Budapest, Hungary, from 1987 to 1988.