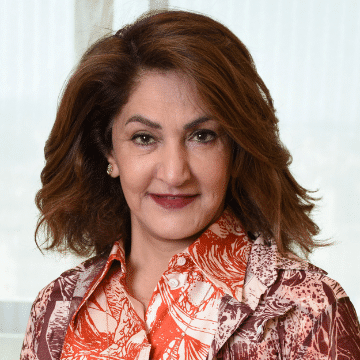 Sheikha Hind bint Salman Al Khalifa is one of the Royal family members of the Kingdom of Bahrain.She started working for the Ministry of Labor and Social Affairs from 1973 – 1976, then she joined Alliance Française from 1976 – 1981. In 1981 She became the Chairperson of the Board of Directors of Al Rashid Group B.S.C. In 1993 Shaikha Hend founded the Information Centre for Women and Children and currently is still one of the board members. In the period from 1999 until 2005 Shaikha Hend became the Assistant undersecretary for Social Affairs. From 2000 until 2006 she was a board member of the Supreme Council for Women. Currently Shaikha Hend is the President of the Children and Mother’s Welfare Society since 2006, the Chairperson of the Board of Directors of Rashid Investment Holding since 2007, the President of Bahrain International Federation Of Business & Professional 2012, a Member of Bahrain Chamber of Commerce & Industry since 2014, and Vice President of Council of Arab Business Women in 2018. In 2015 she was chosen as the Ambassador of creativity and entrepreneur’s in Matera – Italy by UNIDO. She got the Arab women of the year in 2017 in London.