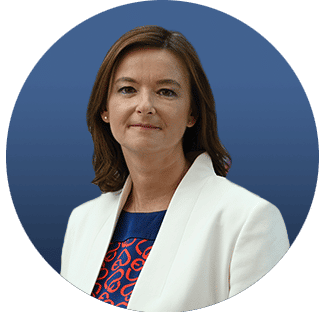 Tanja Fajon holds a university degree in journalism and has completed postgraduate studies in international politics (Paris/Brussels) and management (IECD Bled). She worked as a journalist at Radio Glas Ljubljana and at the Republika newspaper, and from 1995 at RTV Slovenia. For eight years, she was a correspondent for RTV Slovenia in Brussels, where she closely followed Slovenia’s accession to the EU and the first years of its EU membership. She was first elected to the European Parliament in 2009 on behalf of the Social Democrats, and again in 2014 and 2019. During her parliamentary term, she was constantly active in the Committee on Civil Liberties, Justice and Home Affairs (LIBE) and the Committee on Foreign Affairs (AFET). She has made a name for herself in the Western Balkans, where, among other things, she played a key role as the European Parliament’s rapporteur on visa liberalisation for the countries of the region and as an advocate of respect for democracy, the rule of law, human rights and equality. She was also one of the most active MEPs on asylum and migrant policy and the reform of the Schengen legislation. She has also been actively involved in transatlantic relations, campaigning for respect for human rights and the protection of personal data, the environment and workers’ rights and protection. During her second parliamentary term (2014–2019), she served as Vice-Chair of the Group of the Progressive Alliance of Socialists and Democrats in the European Parliament and was the only Slovenian ever to be named twice among the 40 most influential MEPs by the influential magazine Politico. In 2020, she was elected President of the Social Democrats (SD) at the SD Congress. Tanja Fajon speaks a number of foreign languages and has an excellent knowledge of the international environment.