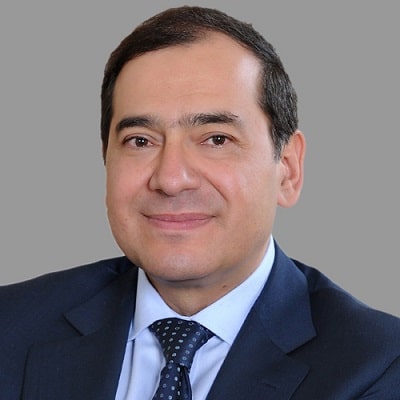 Tarek El Molla joined the International company Chevron in 1987, where he took over several responsibilities at engineering and operations, planning and sales. In 1998, he became Sales Director and Board Member and in 2008 he was Managing Director for Marketing. In 2010 he moved to work in South Africa, at the headquarters of “Chevron Africa and the Middle East”, where he became the Regional Director for Central and South Africa until the end of 2010. In January 2011, he joined the Egyptian General Petroleum Corporation (EGPC) as Vice Chief Executive of EGPC for Foreign Trade. He was then appointed Vice Chief Executive of EGPC for Internal Trade (2012) and Operations (2013). In 2013 he was assigned to be the Head  of the EGPC. In 2015, he sworn in as the Minister of Petroleum & Mineral Resources.