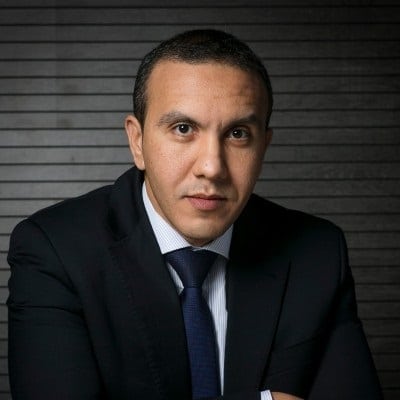 Tarik Hamane was appointed as Executive Director and Head of Development of the Moroccan Agency for Solar Energy (MASEN) in 2017. Tarik has more than 17 years of managerial experience in leading the development of large-scale infrastructure and power generation projects, for different technologies, in Morocco and Africa. Before joining MASEN, he was the Executive Director of Power Generation Projects and Programmes at ONEE. Previously, he was head of the electricity, water and wastewater dispatching systems at LYDEC Casablanca (Engie Group) and was an R&D engineer at CNRS (French National Centre for Scientific Research) and at CERN (European Organisation for Nuclear Research) in Geneva. Tarik is an engineer and has an MBA from Ecole des Ponts et Chaussées Paris, France, a Specialised Master’s in Industrial IT Systems from Ecole Centrale and INSA Lyon, France, and a Master’s in Electrical Engineering and in Automation from Ecole Centrale-Supelec (Ecole Supérieure d’Electricité) Paris.