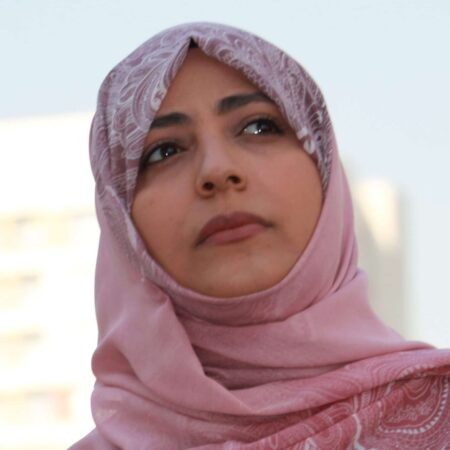 Tawakkol Karman (born Feb 7, 1979) is a human rights activist, journalist, politician, president of Women Journalists Without Chains organization. She serves as the General Coordinator of the peaceful youth revolution council. Known as the “mother of the revolution”, “the iron woman” and “the lady of the Arab Spring,” Karman played a key role in the 2011 pro-democracy youth uprising in Yemen. She was awarded the 2011 Nobel Peace Prize in recognition of her leadership in non-violent struggle and her advocacy against authoritarianism, corruption, oppression and for women’s rights to full participation in peace-building work in Yemen. Karman is the first Arab woman and the second Muslim woman to win the Nobel Peace Prize. and at the time was the youngest recipient at 32.