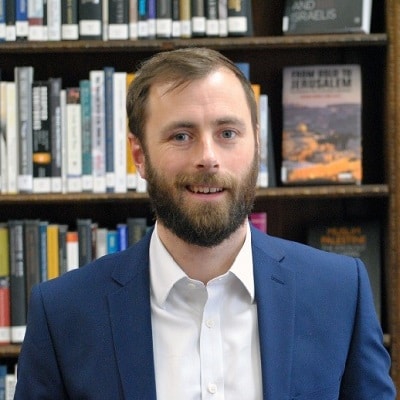 Tim Eaton is a research fellow with Chatham House’s MENA Programme. His research focuses on the political economy of the Libyan conflict.  In 2019, he was the lead author of a report on the development of conflict economies in the MENA region, building on his 2018 report on the development of Libya’s war economy which illustrates how economic activities have become increasingly connected to violence.  Previously, he managed Chatham House’s research on the Syrian conflict. Prior to joining Chatham House, he worked for BBC Media Action, BBC’s international development charity, on projects in Iraq, Egypt, Tunisia and Libya. In Libya, Tim helped to set up and manage BBC Media Action’s bureau from 2013 until 2014.  He is a regular contributor to the media, having written for the Washington Post, BBC, Newsweek, CNN, War on the Rocks and the New Statesman, among others. Tim was awarded the Institute of Arab and Islamic Studies Departmental Scholarship to undertake his MA in Middle East politics at Exeter University. He also holds a BA in history from Nottingham University and a diploma in Arabic from SOAS.