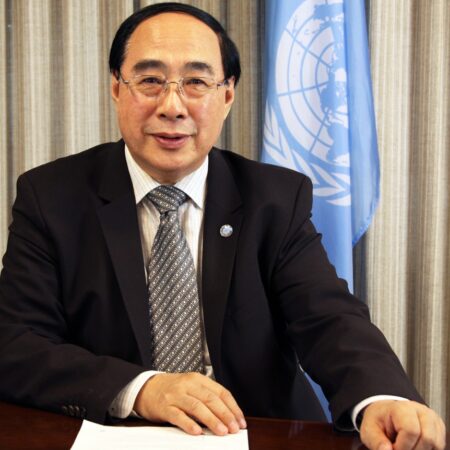 Special Representative of the Chinese Government on European Affairs, China

Wu Hongbo has been appointed China’s first Special Representative for European Affairs in novembre 2019. Mr. Hongbo is a senior diplomat familiar with European affairs. He served as deputy director of the Western Europe Department of the Foreign Ministry from 1999 to 2000 and ambassador to the Philippines from 2004 to 2005. He was an assistant Foreign Minister in charge of European affairs, press and consular affairs from 2007 to 2009, and ambassador to Germany from 2009 to 2012. He served as as UN Under-Secretary-General for Economic and Social Affairs from 2012 to 2017.