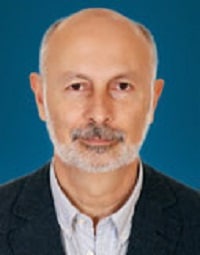 Yezid Sayigh is a enior fellow at the Carnegie Middle East Center in Beirut, where he leads the program on Civil-Military Relations in Arab States (CMRAS). His work focuses on the comparative political and economic roles of Arab armed forces and nonstate actors, the impact of war on states and societies, and the politics of post-conflict reconstruction and security sector transformation in Arab transitions, and authoritarian resurgence. Previously, Sayigh held teaching and research positions at King’s College London, the University of Cambridge, and the University of Oxford, as well as visiting positions or fellowships at Harvard University, Brandeis University, the American University of Beirut, and the School of Oriental and African Studies. From 1998–2003, he also headed the Middle East program of the International Institute for Strategic Studies in London. Sayigh was also an adviser and negotiator in the Palestinian delegation to the peace talks with Israel and headed the Palestinian delegation to the multilateral peace talks on Arms Control and Regional Security from 1991–1994.