The Consequences of Climate Change in the MENA Region 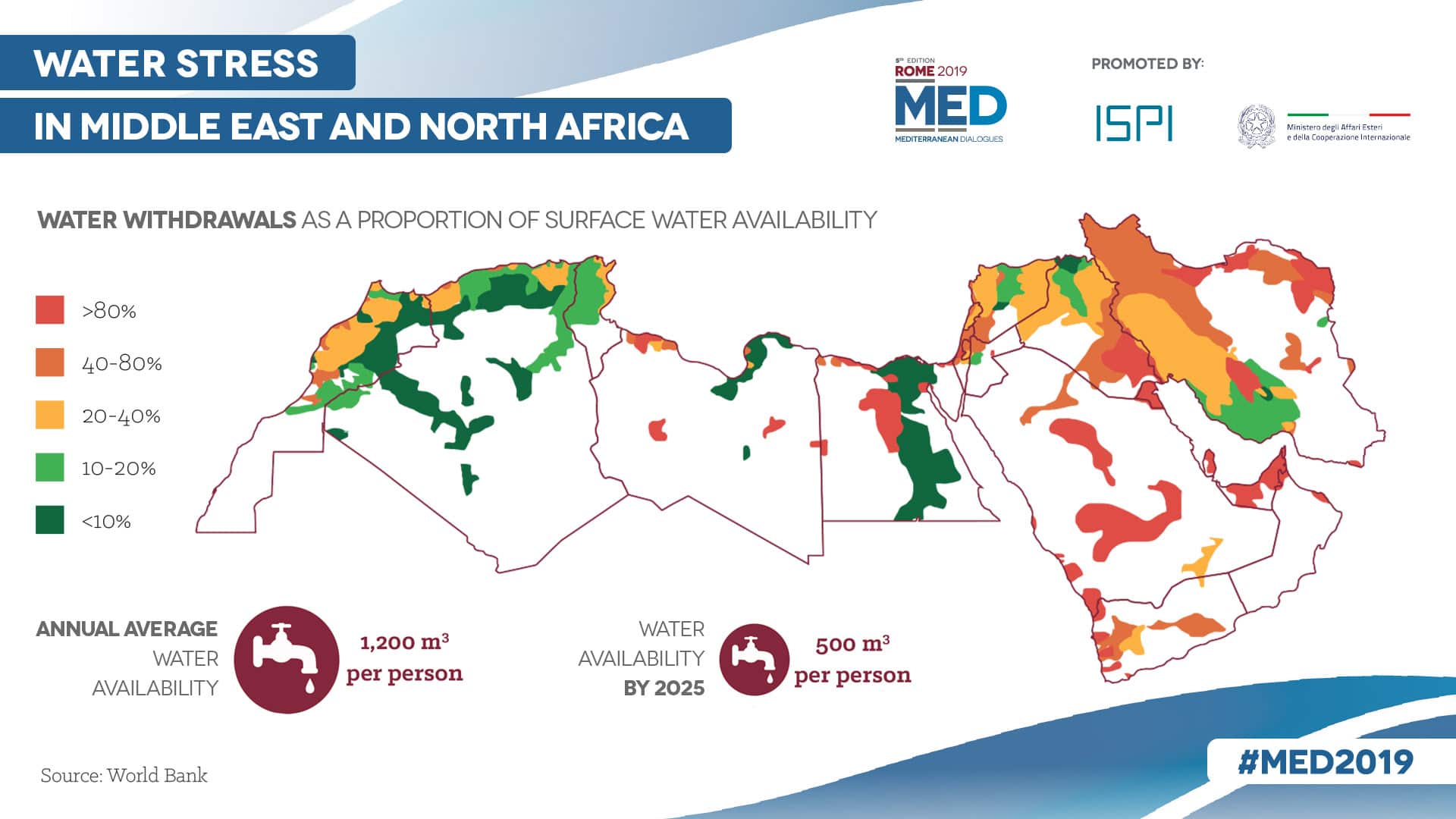 Climate change is among the most crucial, yet least debated, long-term sources of instability for the broader Mediterranean and the Middle East. More than ever, indeed, the proper understanding of how the environment is altering becomes mandatory to address its serious development, economic and humanitarian implications adequately. In this regard, the Rome MED – Dialogues is going to host two high-level initiatives, the Cooperation Forum “The food security – Climate Change Nexus in the Mediterranean”, and the Session “The Geopolitical Side of Climate Change: Resource Scarcity and Conflicts”. The qualified attendees will turn the spotlight on this critical issue, working on depicting a more precise survey of the repercussions of climate change on the region’s political, demographic, and economic development, as well as on putting forward a series of policy recommendations that should inform future strategies.

What trajectories of environmental challenges are affecting the Middle East and North Africa? To what extent natural disasters are exacerbating social vulnerabilities in MENA developing countries? What strategies have been implemented to tackle climate change effects in the Mediterranean region?

Given water scarcity in the region, securing water is traditionally a central challenge for the development and stability in the Middle East and North Africa. As shown by this infographic, based upon World Bank data, today’s water challenges in the MENA region are strongly related to the constant withdrawal of its surface availability. 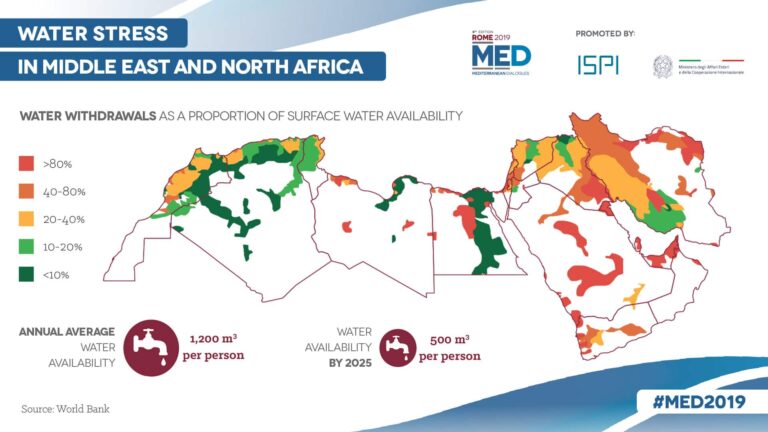 Together with population growth, poverty, governance, human security and conflict, climate and environmental changes are both influencing the nature and extent of human migrations. Understanding this strictly-related relationship is a central aspect to tackle both these issues properly. Up-to-date figures contribute to show the abundancy of global migratory crises linked to climate change. 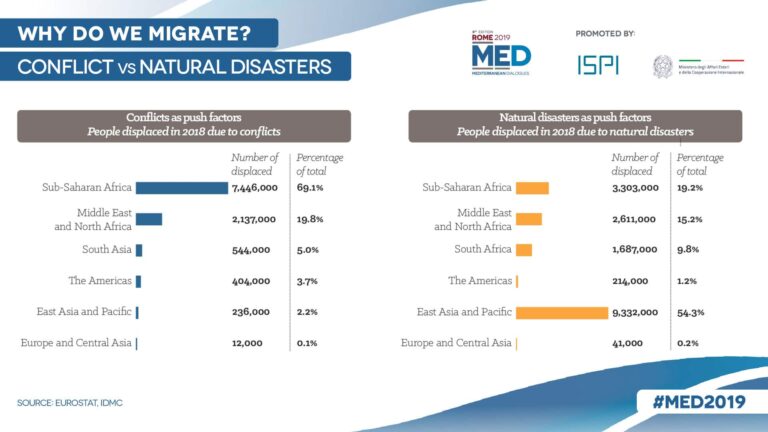 More than ever, economic diversification is becoming mandatory in oil-exporting countries of the MENA region. The heavy reliance on fluctuating hydrocarbon markets, combined with growing populations, declining reserves, and high unemployment rates, have turned the need to drive diversification and unlock private sector development pressing like never before. To this end, several governments in the region are pursuing country-level plans and visions that focus on this pivotal economic challenge. 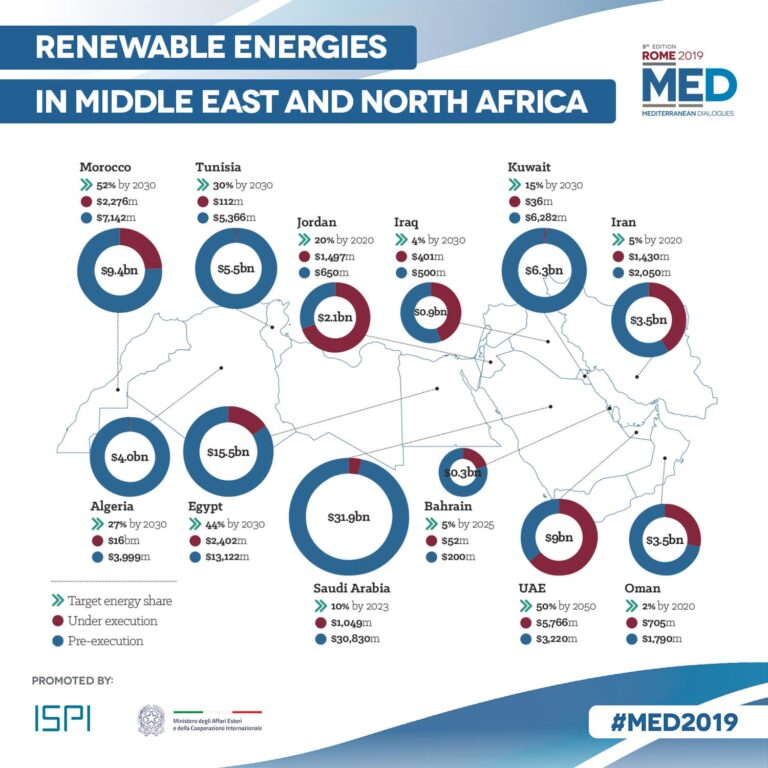