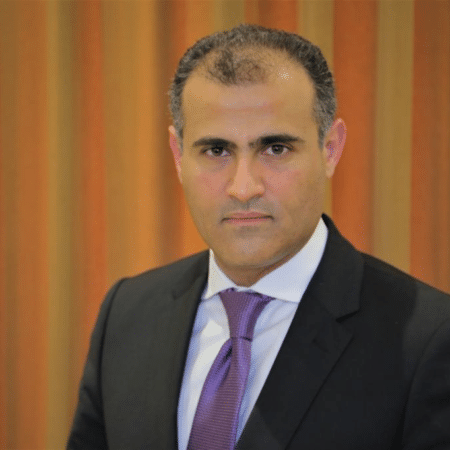 Minister of Foreign Affairs, Yemen (Until 2020)

His Excellency Ambassador Mohammad Al-Hadhrami was appointed Minister of Foreign Affairs in 2019, following his appointments as Vice Minister of Foreign Affairs and Deputy Chief of Mission at the Embassy of the Republic of Yemen in Washington, DC. Al-Hadhrami began his diplomatic career in 2004 and held several positions at the Ministry and abroad. Al-Hadhrami also worked at Yemen Permanent Mission to the United Nations from 2008 to 2012, representing Yemen at the UNDP, UNOPS, and UNFPA Executive Boards. Al-Hadhrami holds two masters, one in 2013 in Development Policy from the Korean Development Institute, and another in 2010 in Diplomacy and International Relations from Fairleigh Dickinson University. He obtained his bachelor’s from Missouri State University in 2002.